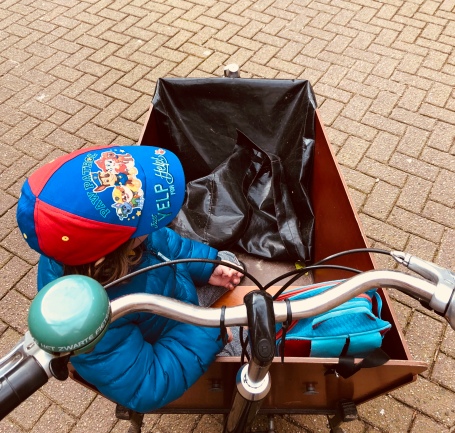 Some things are the same wherever you live, and the inexplicable passing of time is one of them. Over the last nine years, I have seen more 4ams come and go than I thought were possible for a human being; having babies, feeding babies, moping up sick, treating fevers, quelling nightmarish fears. There were moments, in the twilight, lying with one or other of them against my chest, little eyelashes fluttering at unconscious wonders, that I’d be able to see for what they were: distilled mothering, belonging. Moments for the capturing.

But then, there were other moments that looked the same, but turned inside-out. How, I would think, as a toddler sweated on me, my arms prickling with pins and needles, is this child still a baby? These moments captured me. The walls would close in. Maybe a small foot would prod at my bladder, maybe I’d also be sick, unable to reach a tissue. Maybe I’d be aching with the onset of a period. Maybe I’d be remembering the last time I saw my father before he died. 4am would stretch to eternity and I would wall myself into these moments with bricks of blame: This is too many children/I can’t believe He did not wake up too/I should not have taken them to that germ-ridden playgroup/I should have been there, when he died.

But suddenly, we have neither babies nor toddlers, nor pre-schoolers, because the three year old, the third one, the puppy, has just turned four. And in The Netherlands, a child starts school – actual school – at four years and one day old. Happy birthday, kid! See ya!

So now, after those moments, those bubbles of time, quick and slow, here I am: 4am, alone. Everyone is asleep where they are meant to be asleep. I am slightly hyperventilating. This is not unusual. I google some cancers. This is also not unusual. At 6.30am, I turn my alarm off before it has a chance to get going.

The three year old is now the-four-year-and-one-day-old, and today is his first day at Dutch School.

I get ready, running through the Dutch words I might need to pave the way for a smooth start. Gevoelig means sensitive. Hij vindt het moeilijk om te delen: He finds it hard to share. Hij denkt dat Darth Vader een goodie is… Okay, listen. We do our best. Show me a third child who hasn’t watched the Star Wars back catalogue by three and I’ll show you… a kid with a good moral compass, I guess. Whatever.

I show the four year old his snacks in his bag: Dora the Explorer biscuits and an apple.

“I want the Dora biscuits now,” he says.

“I don’t want to go to voorschool!”

He looks confused. He is not the only one. What kind of crazy regime are we living in, where tiny babies start school? It’s insane. In the UK he’d be starting school six months from now. And here I am, explaining to a tiny baby that his PE kit is in his bag.

“They call it gym here, mum,” shouts the six year old from her bed, accentuating the guttural g with aplomb. She is sick, but joyously her hearing and vocal faculties are unaffected.

I leave the vomiting six year old with My Lawyer, who, here in The Netherlands with more flexible working options, is able to be more present in the family for these special moments.

“GOOD LUCK!” shouts the six year old down the stairs.

“There is sick on my foot,” shouts My Lawyer.

“We will be late,” says the eight year old, watching him anxiously.

“I do it myself!” says the four year old, teetering on the side of the cargo box.

Beneath the four year old, Steve the Bakfiets the observes a dignified silence, but he knows that this will end in tears. We are not his first family, and this is not the first four year old he has seen teetering on the edge.

Eventually, the four year old scrambles to the floor. The eight year old guides him forward.

“Don’t push me!” shrieks the four year old, his eyes welling up.

The eight year old looks at me in panic. “I didn’t want him to cry today.”

Steve does not say I told you so. But we all know he is thinking it.

The eight year old disappears to his classroom, and the four year old and I make our way to the early years building. In The Netherlands, the first two years of school – Group 1 and 2, are play-based. The four year old will share a classroom with four, five and six year olds. In two years’ time, when he is six, the four year old might be able to write his name, and will more-or-less know the sounds of the alphabet, and will recognise numbers to 20. The six year old, having spent her first couple of academic years in the British education system, is currently reading The Faraway Tree independently. There is no way, under the Dutch system, that the four year old has a hope of reaching this stage of literacy by six, in either English or Dutch. Does it matter? Of course not. Will I hold my nerve, and avoid comparing him to his counterparts back in London? Of course not.

“Hallo,” I say. This is Dutch for hello. Don’t say I never teach you anything.

“You are late, actually,” he says, as parents and children stream between and around us.

“I have two other kids in other classes, sorry.”

“I have a newsletter for you,” says The Meester, passing me a wad of Dutch manuscript. I take it with my free hand. The four year old is still gripping the other.

“We’re starting now, the children are in the kring.” says The Meester, and walks into the classroom towards the ring of seated children. All the other parents are leaving. I tell the four year old to go and hold The Meester’s hand. Maybe The Meester will notice how small the four year old’s hand is, fingers twitching, a nervous butterfly.

And then the door closes and he’s gone.

I did not say any of the things that I had planned: That he can count to ten in English and Dutch. That he might not be able to open his new water cup on his own. That he might ask for his best friend, the eight year old. That he might enjoy showing The Meester how he tries to write a Z, the first letter of his name. You might think that he isn’t trying, Meester, because his Zs look like crap. But don’t tell him that. Let him find out in a decade, when he stumbles upon his mother’s blog whilst searching the internet for porn.

Steve takes me home. His chain is squeaking from too many school runs. He needs a break from the daily grind, a break from the weight of my children. Sometimes the pressure is a little too much. I lock him up at the bike rack and I go inside. I collect the post up from the doormat and walk up the forty-seven stairs to our apartment. The six year old is sleeping, the Lawyer is locked away on a call.

I sit on the sofa and cry.

When anyone asked me what I’d do once all the kids were at school, my answer was always that I’d go back to bed. Unapologetically, I’d usually add. But now, here I am, house sort of to myself, tears drying up, silence ringing in my ears. I do something very surprising. I clean.

“Yeah, fine,” shrugs The Meester. “He did a French lesson.”

We walk out to Steve the Bakfiets. I lift the four year old in.

“Did you learn some French?” I ask him.

“I ate my Dora biscuits,” says the four year old.

Steve says nothing; I think he is asleep.